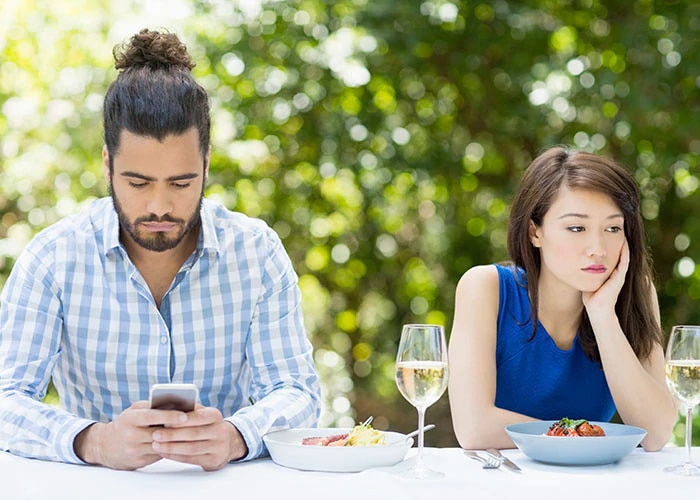 Signs Your Boyfriend is Losing Interest

It can be an extremely frightening thought that the man you love and cherish could be losing interest but how can you tell? There is no definitive answer or set of signs he’s not interested anymore, however, there are certain key aspects that could suggest he is losing interest. We discuss why he may be losing interest and what things you can look out for.

It is sometimes even a mystery to guys why men lose interest in a woman. They can be completely in love with them then something snaps, and the feelings seem to disappear. Depending on where you are in your relationship depends what could have caused this loss in interest. If you’re at a more advanced period of your relationship it could be the natural move from the passionate, all-consuming kind of love into the more humble and calm type. Alternatively, at newer stages of a relationship he could be losing interest as he can’t see a future with you. There are a variety of reasons and not all of them can be accounted for.

There are a large number of different signs that could indicate your partner has lost interest in you or your relationship. The core three signs are:

• Not Responsive. If he takes a long time to reply to messages or barely answers your questions, then it could be a sign that he is no longer interested in you. A guy who cares for a woman will make it his job to communicate with her and let her know he wants to be with her.

• Vague. This can be in relation to what he’s doing or when conversing with you. When he doesn’t care there will be a lack of effort to engage with you as he doesn’t want to spend the time with you that is necessary for a relationship.

• Picks Fights. Certain guys have a habit of becoming cruel while dating a girl they’ve lost interest in as they want them to break it off. If you’re dating someone and they seem to be intentionally trying to rile you or pick a fight, then he could be showing signs of losing interest.

It is not something we like to think about when imagining our partner, but alongside losing interest for you he may be falling for someone else too. In fact, it could be the reason why is interest levels in you have dropped in the first place. If your man has become overly defensive – within communication and protective of his phone/other devices – or seems to be engaging deeply and regularly with another woman, it could be a sign that he is interested in someone else.

There is nothing you can do to stop your guy from losing interest once it has already happened. Sometimes things aren’t built to last and if you’ve done everything in your power to create a loving and honest environment, then sometimes it is best to let things go. Always try talking to him first as you never know what he is dealing with, but be cautious of your own feelings too.