Signs a Married Woman Wants to Sleep with You

By clicking the submit button above you expressly consent to our Privacy policy including use of profiling to find you matches and you agree to our Terms of use, and to receive newsletters, account updates, offers sent by
Home / Love and relationship / Signs a Married Woman Wants to Sleep with You 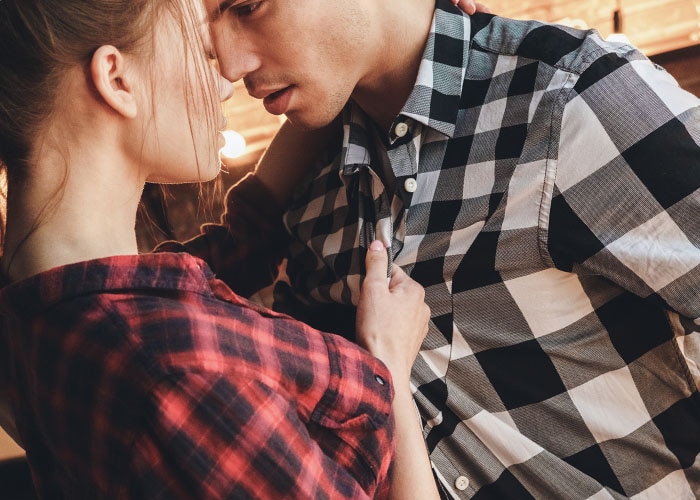 Perhaps you have seen a married woman a lot recently at functions and believe she is flirting with you? Or you want to be certain that you’re reading her body language and voice correctly before jumping in? Either way you’re looking to take precautions as she is married, and any untoward approach could end badly for you, her husband and the woman in question herself. Remember there are multiple reasons why she may be doing these things and getting involved could end badly for you most of all. We have gathered a list of signs a married woman is interested in you and what these signs could be telling you about her intentions.

Body Language Signs that She Likes You

Body language is the main way we communicate with other people and a lot of the time people don’t even realise what signs they’re emitting. Our body language can tell someone else what kind of emotions we’re experiencing or how we feel about them within an instant. Especially if you’re interested in a married woman there are going to be more body language signs then anything else as she must be discreet, some of these signs include:

If it seems obvious that she is constantly trying to position herself closer to you or finds ways to move towards you without arousing suspicion, then this may suggest that she is physically attracted to you. This is because she wants to engage in conversation with you and show she is interested in you.

If she has unfolded her arms or starts tracing patterns on her hands or wrists these could be signs a married woman is interested in you. It shows that she is more comfortable with you and wants to show you that she is more open to your advances.

One of the biggest flirtation moves in all history is when a girl excessively plays with her hair as she is trying to grab the attention of the male she is with at the time. Playing with her hair causes you to be drawn towards her and focus on the physical aspects of her appearance, therefore resulting in more flirtatious acts.

Other Signs a Married Woman is Interested in You

Even though body language is one of the most prominent ways a married woman will start flirting with a man it is not the only method that can be used. As it appears you become more open with her and her advances seem to be taken well she may move onto other signs such as:

Ultimately, there is no sure-fire way to tell whether a married woman is attracted to your or not and pursuing this woman could end with your heartache. Many women feel the need to cheat when they’re not happy within their own relationships, but that doesn’t mean they’ll leave their husband for you. Furthermore, she could be purposefully trying to aggravate her husband and with there being so many fish in the sea pursuing a married woman could be a waste of your time.

If you want a discreet affair you can try dating married women online.