Home
Dating Blog
Relationship and Love
What Does PDA Mean and Is It Good or Bad When in a Relationship? 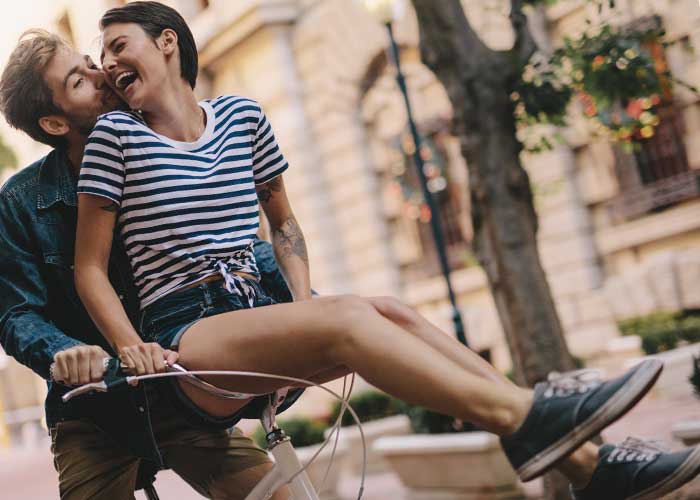 Are you confused about pda meaning? Then read on. In this article, we’ll discuss what does pda stand for and if it’s good or bad in a relationship. Pda means ‘public display of affection’ and is used in reference to physical contact between partners in public. This can include kissing, hugging and even caressing. Pda’s are fairly common, however, some people do tend to go too far, taking their affection to a point where it becomes awkward for others.

If you’re in love and you just can’t keep your hands off your other half, there’s no reason why you shouldn’t engage in a little pda. However, it’s important not to cross a line when showing your partner how much you adore them when whilst in public. There may be people of all ages around, so it makes sense not to go too far when enjoying pda’s.

Being in love is a wonderful feeling, so it’s no surprise that you want to lavish affection on your partner at any given opportunity. But you need to be sensitive to other people when romancing in public. Holding hands and staring lovingly into each other’s eyes is likely to bring some warm smiles from passers-by but kissing in public may be frowned upon by some. Making out in front of an audience can make people feel very awkward.

What about a pda at work?

One of the biggest pda rules is never to make out with your partner at work. Kissing and exchanging touches with your love in the office is very inappropriate and isn’t likely to do you any favours if you’re seeking a promotion! Many employers don’t like employees hooking up at work, preferring their staff to focus on the work they’re getting paid to do instead of using the opportunity to kiss and cuddle. If you’re dating someone at work, it’s important to leave your pda relationship at the door until you’ve finished for the day.

Ultimately, if you’re not sure whether it’s OK to do something in public with your partner, it makes sense to hold off until you’re alone together. A public pda can lead to various reactions from those around you. It might be that your pda goes against people’s beliefs or customs, or maybe parents don’t want their children witnessing two adults making out. Pda’s at work at wildly inappropriate and could even affect your reputation and chances of moving up the career ladder. Pda’s might not seem like a big deal, especially when you’re floating on cloud nine in a haze of love, but they can have more of an effect than you realise.

Read how to be confident with your loved one in our blog!