Home
Dating Blog
Relationship and Love
In this Sexually Ambiguous Age, What Are the Signs a Guy is Gay? 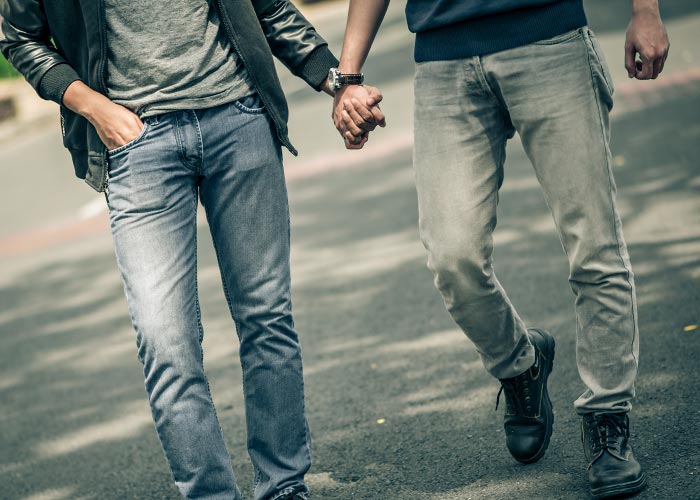 It’s an age-old question. How can you tell if someone is gay?

In recent years, society has moved on considerably in terms of sexuality and sexual freedom. Where there might once have been a big deal about certain celebrities or even people you knew personally ‘coming out of the closet,’ nowadays the admission would scarcely merit the raising of an eyebrow. But what if you’re a female and you’re drawn to an attractive guy who just doesn’t seem 100% straight? How to tell if someone is gay can still be an important consideration.

So, how to tell if a man is gay? Don’t expect there to be any obvious clues necessarily. A genuinely gay guy might still be attracted to you, so they might try and mask these tendencies for fear of deterring your interest. Or they might be bisexual, and not think it’s any sort of issue. But here are some of the attributes to look out for.

Check out their friends. If they hang around in a social circle where there is a high proportion of gay men, this would be a little unusual if he was straight. What about when you’re chatting. Does he express interest in other men being attractive, either celebrities or the guy who has just served your lattes in the coffee bar? What about when you’re having candid discussions? Has he ever let it slip that he’s been intimate with a man before, and make it sound as if it was no big deal?

What are the less-obvious signs someone is gay?

Although it isn’t just common to gay men, does your prospective partner look after his appearance? How do you know if someone is gay? Pay close attention to their dress sense. Are they fastidious about how they look? Perhaps they’re regularly late for meetings because they spend so long fussing in front of a mirror. It’s important not to stereotype people, as many straight men like looking their best before a date, but gay guys do tend to fret about fashion, or their choice of aftershave, or whether their hairstyle is working for them.

How to find out if a guy is gay can sometimes be down to observation. If an attractive female was to breeze into the bar you happen to be in, wearing a short skirt and displaying an ample cleavage, most of the straight guys present, even those seated with partners, would find it difficult to resist ogling her figure. In this instance, how to tell if a boy is gay? He’ll be more interested in enthusing about the fabulous shoes she’s wearing, or her designer handbag.

What are other gay signals and signs to watch out for?

If the guy is less comfortable with being ‘out,’ the signs of being gay could be harder to discern. A lot of men in this position have hang-ups about their sexuality, and if this is a subject that genuinely makes them frustrated, they might over-compensate. If you were to suggest visiting a gay bar – where you happen to love the ambience and the music the DJ spins on a particular night – he might be scornful, insisting he wouldn’t be seen dead in somewhere like that. This attitude might spill over into homophobic comments in general, and if you do happen to come across someone you know to be gay, your friend might be overly rude.

For all this, knowing how to spot a gay guy is important, because the more attached you become, the greater the wrench is going to be when they eventually admit to you that their heart lies elsewhere. So being aware of signs your friend is gay will help cushion the impact when the admission does come. If you can prepare for this, you can at least plan to remain on friendly terms rather than parting company for good.

The pros and cons of dating bi curious men

It’s one thing if your ‘potentially gay’ partner seems to be ambiguous about being in or out of the closet. But what if they pop in and out all the time, treating the closet like a revolving door? Bi-curious guys want the best of both worlds! If you suspect he might swing both ways, this is something you’ll need to decipher just as adamantly as finding out whether or not they’re gay. Would you be okay if your partner admitted he loved sleeping with you but was also attracted to guys?

It’s no easy task working out if a guy is gay, or bi-curious, especially if they seem to have genuine feelings for you. But even if you only have the slightest inclination he might not be completely straight, you owe it to yourself to find out, just in case it does have some impact on your relationship further down the line. For all the signs to look out for, if you’ve got to the stage where you do have a strong, trusting partnership, you could always just ask them to be upfront with you.