Home
Dating Blog
Relationship and Love
Can Multiple Partners Ever Be Good? The Pros and Cons of Polygamy 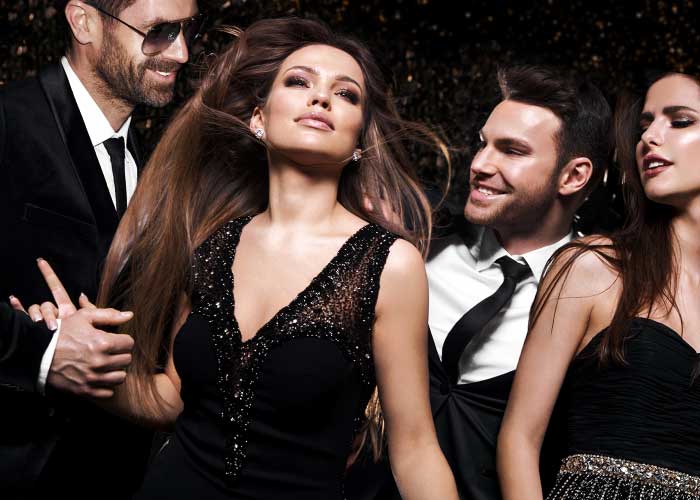 The pros and cons of polygamy – keeping an open mind

It’s a basic question often aimed at polygamists. Can they ever justify what seems to be, according to society’s mores, an immoral way of living? But like so many aspects of modern life, it’s important to be able to approach someone’s lifestyle choices objectively. There are three forms of polygamy – polygyny (one man with several wives), polyandry (one woman with several husbands), and a group marriage, a family unit consisting of multiple husbands and wives, none of whom are tied to any one individual. No matter which type of polygamy is being practiced, the key aspect is they are all consenting and are of legal age.

Other advantages of polygamy would be the social side of things. People living in a group can share domestic chores or contribute to the joint income. When the family becomes extended, as well as more than one wife, the husband might have more than one family, with any number of children to develop loving relationships with.

For the husband, the obvious benefit of having two wives is it provides choice. This would only available to his counterpart in a more traditional relationship if a man married to a singular woman embarked on an affair, with the obvious problems of recrimination and jealousy. For the polygamist, his two wives are quite content to be part of an ‘amorous team.’ Polygamists might even share a bed with their separate wives, the trio coming to arrangements about who takes first turn to participate in any physical activity. Aside from this aspect of their polygamy, there will be more practical considerations. They can share problems and pool their resources. What’s that adage about a problem shared is a problem halved? That could be rewritten as a problem shared becomes a problem reduced by two-thirds, or even more!

Other benefits of polygamy are more apparent if we look beyond western society. In other parts of the world, this form of relationship is encouraged to boost economic prosperity. A man with numerous wives could produce more children, eventually leading to more family income as his offspring take gainful employment.

For the detractors, why is polygamy bad?

If people enjoy it, why is polygamy wrong? This is down to the way it is perceived in western society, where marriage is traditionally a consensual arrangement between two people. A common argument would be to cite the potential damage which can be done when a relationship breaks down, especially if children are involved. What is there are multiple offspring, from different mothers, but who share genes from a singular father? When these children go off into the world, perhaps losing touch with their natural father, the obvious issue would be considering the dangers of them inadvertently getting together with someone who is a half-sibling.

There are other detrimental ways of viewing a polygamy relationship. Commentators might listen to the benefits of polygamy marriage, only to think of the downside of not committing to one person in particular. Surely the worst part of an ‘open partnership’ is the fact there will never be 100% trust. In the case of multiple wives (or multiple husbands), is it not human instinct to wonder who is taking preference? Can a husband truly feel the same way about each of his wives or, no matter how much he might appear to keep this information to himself, does he have a pecking order?

Criticisms faced by a man with multiple wives

In many polygamous partnerships, there will be an implicit agreement to just accept the three-way (or more) emotional dynamic. But studies have demonstrated women living in a polygyny set-up (one husband, multiple wives) can exhibit polygamy jealousy. They will experience a greater degree of psychological issues than a wife who is the only female married to a particular man. Much of this is down to what is, after all, one of the most basic and unavoidable of all human emotions. Envy. If wife number two observes her husband having a fabulous time socializing and interacting with wife number one, perhaps she might inherently feel happy for her. On the other hand, she might automatically get frustrated. Questions might begin to fester. How much does he love her? The same? More than me?

Summarising the advantages and disadvantages of polygamy

So does polygamy work? It certainly does for those prepared to sacrifice independence so they can become part of a team dynamic as opposed to what is perceived to be the ‘norm’ for a relationship. The person who appears to have the most to gain is the single male with multiple wives. A fair number of guys out there probably fantasize about the possibilities offered by having numerous sexual partners at your beck and call, with little need to invest emotionally with any one of them in particular. But the polygamous male would undoubtedly refute this idealistic scenario, countering that his set-up isn’t primarily about the physical side of things.

Polygamous males and their consenting brides will tend to stress the spiritual side of what they have together. It isn’t about having a choice of people to sleep with – although is one factor – it’s about building multiple, mature relationships, with truly emotional, trusting connections. These partnerships aren’t for everyone, but that doesn’t necessarily mean they should be for no one.