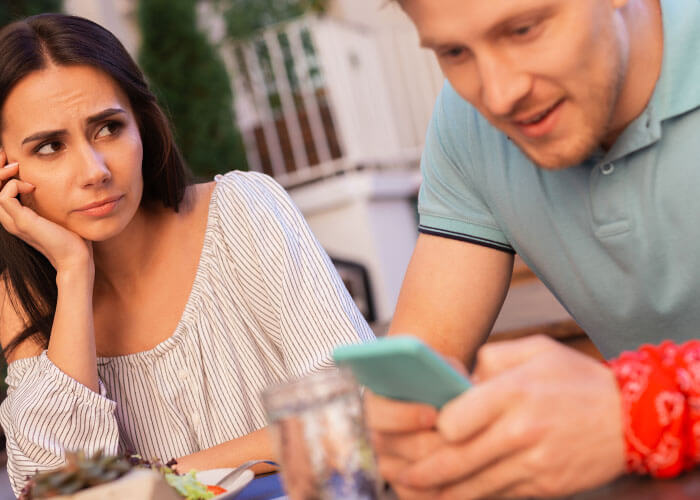 Commonly, playing mind games when dating seems to be associated with women more than men, but that doesn’t mean they can’t play games. We live in a world where everyone needs to feel they have the upper hand and many people can’t even begin to be vulnerable with someone even months into their relationship. Ultimately, playing mind games comes from a severe insecurity or arrogance that has been left unchecked for a while. Some may be able to come back from their issues and others will continue to play games and lead women up the garden path for as long as they get a kick out of it.

How to Play Mind Games with a Guy?

Before continuing, I wanted to address fighting fire with fire and trying to beat the guys who’re playing mind games at their own sport. I think you should ask yourself whether its worth it? Do you want to be constantly thinking of ways to get the upper hand and if so what does that mean for your relationship? Are you ever going to be able to be open and honest with one another or will you always think it is a sign of weakness? You should never play a guy at his own game as it’ll lead you into a relationship that isn’t worth your time. Instead, we will be discussing how to react to insecure man mind games and how to rise above their behaviour.

Is He Playing Games?

If you send him a message and you don’t hear from him throughout the whole of the day, then he may be playing mind games. Especially if he has been talking to you normally and simply just disappears. It doesn’t take long to send a message saying what you’re doing, so it may indicate he’s doing it on purpose. The reason for this is that he is trying to make you think and get paranoid, making you wonder whether he’s out with another girl or being intimate with someone. He is trying to ensure he has you hooked and that you’re invested in him enough to be annoyed at his sudden disappearance.

Is he romantic and couldn’t be more wonderful one moment, then completely distant and blunt the next? If so, then he may be playing mind games with you. He could be purposefully swinging his moods to keep you on your toes as he doesn’t want you to get complacent. He may not want to seem too invested, so keeps you at arm’s length at certain times to ensure you’re working hard for his affections. Alternatively, with this one, he may be genuinely dealing with some issues, so be careful and considerate when this behaviour pops up.

Flirts with Other Girls Around You

This one is certainly not cool, but a lot of mind games men play revolve around trying to make you work harder for their affections. By flirting with other women, he may be trying to aggravate you into making a romantic gesture, therefore letting him know that you’re into him enough to become frustrated at the prospect of him being flirtatious with other women.

He is trying to get a rise out of you and if you’re already thinking of trying to gain the upper hand or make him think certain things, then you’re playing into his game. He wants you to feel involved and wants you to get invested in the relationship, so when you start playing games to counter his, you know for sure he is trying to mess with your mind.

Is He Playing Mind Games or is He Not Interested

There is a definite difference in behaviour in a guy when he is playing mind games compared to when he is simply not interested in you. This is because, most of the time, when a guy is playing mind games it is because he is trying to make you feel invested in him and he wants you to pursue him with vigour. Evidently, when a guy isn’t interested in you, then his behaviour will reflect his indifference which is ultimately incredibly different from playing hard to get. If he is not interested he may display behaviours such as:

This is different from ghosting as the guy in question is actively disinterested in talking to you. When a guy likes you and uses ghosting as a method to play hard to get, it is because he wants you to chase him down or wonder what he is doing. A lot of the time he is getting a kick out of what you must be thinking and how often you might be checking your phone or desktop. When a guy is disinterested he genuinely doesn’t care whether you message him or not.

Flakes on All Your Plans

Although a guy playing mind games may not definitively say if they’re free or if they can make it to a certain event; a guy who isn’t interested will flake on plans altogether. The guy playing mind games wants to keep you interested and, on the hook, so that he feels desired. He may randomly ask to hang out at the spur of the moment, so that he ensures he is still maintaining your interest. On the other hand, a disinterested guy will not want to hang out with you at all, meaning he is likely to suddenly feel ill or can’t come to the event as there are other things he’d rather be doing.

Guys who play mind games know exactly what buttons to push on a girl as they have been paying attention to their behaviour. They know what winds them up and how they’re likely to react as they have been interested in learning about them. A guy who isn’t interested in you won’t pay you any attention at all and may forget even small things you have been saying, even if it was only a few minutes ago.

Disclaimer: Not all guys are the same and the above differences between disinterested guys and guys who play games does not excuse the behaviour of the men who’re playing you.

How to Handle a Man Who Plays Games?

You’ll be pleased to know ladies that there are incredibly simple methods to ensure you’re addressing their behaviour without giving them what they want or appearing crazy. The man who plays mind games wants you to give in, but with these helpful tips you’ll be able to show him who’s boss and if he really does care and wants a relationship, then he’ll be able to clean-up his act.

It sounds crazy, but if a guy is ghosting you or performing similar mind games, then pursuing various romantic options is the best choice. Instead of waiting around for him to reply, you’ll be off doing your own thing and won’t even worry about what he could be doing. Overtime, as you don’t send multiple messages he’ll want to talk to you and give up his game. Furthermore, this gives you a view of a variety of eligible men and shows you that even if your ghosting boo turns out to be a complete write-off, then there are other non-game playing men available.

If he becomes distant or is flirting with other girls around you, then you can’t ignore behaviour like this as it can affect your relationship if it goes further past the dating stage. You need to be able to call him out, in a calm and thoughtful manner, and let him know that his behaviour is causing you distress. If he cares enough about you to be playing games, then he’ll care enough to realise that his ‘hard to get’ act isn’t working and that he needs to engage in a mature manner regarding your relationship.

Any guy who is playing games wants you to be dependent on him and message him constantly. By messaging first all the time, you’re showing him that you’re completely available and he has you hooked.

In the end, you must decide whether the guy is worth the hassle or not. There are plenty of men who don’t play mind games who would be thrilled to be dating you, so is it worth the hassle? Do you want to feel awful all the time and feel as though you don’t matter? If talking doesn’t work, then perhaps it is best to move on. Life is too short to waste on guys who are willing to throw away a relationship with you.