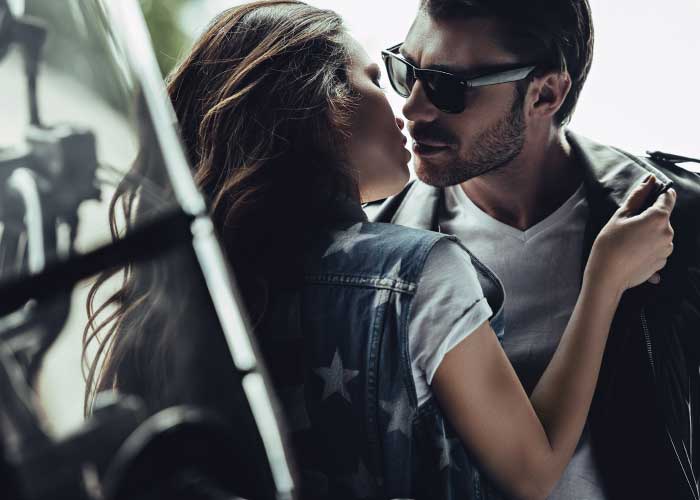 Do you continually find yourself being drawn to all the wrong men? This is probably because girls can’t help but like bad boys! If you’re constantly rejecting perfectly nice guys in favor of men with dark personalities and a tendency to treat you as an afterthought, read on. Here are the secrets behind bad boy attraction.

What is a bad boy?

There are a set of distinct characteristics that make men bad boys. First and foremost, they are the center of their own worlds. They exist to make themselves happy, rather than anyone else. They are their number one priority and other people are secondary. Bad boys see themselves as hugely important, and this leads others, especially women, to see them as such too. Bad guys know what they want and have their own plans, and they aren’t prepared to compromise to make someone else happy, even their girlfriends.

Why are girls attracted to bad boys and why don’t girls like nice guys? Well, many studies suggest that biology is to blame. Women tend to view more “alpha” men as better husbands and fathers than less sexy but more dependable guys. It’s suggested that ‘sexual selection’ might be occurring. It’s argued that women are subconsciously responding to signs of “male quality” when it comes to reproduction. Even if you’re not interested in having children yet, female hormones can actually lead you to confuse bad boys with good baby daddies. Plus, women are drawn to men who demonstrate stubbornness, confidence, and a tendency for risk-taking, especially for short-term flings.

We all know that girls like bad boy, but is the feeling mutual? You might assume that bad guys want bad girls, but this isn’t the case. It turns out that most men simply want a woman who’s nice. They want you to be gentle and kind, and to ask them how their day was. They want you to do nice things for them without expecting anything in return. Men are very much attracted to softness and femininity, whereas what girls like in boys is bags of masculinity and a sense of power.

Good girls like bad guys, and that’s something that’s unlikely to change any time soon. However, if your obsession with cute bad boys is preventing you from entering a meaningful, long-lasting relationship, you may want to look within and start asking yourself why you’re preoccupied with guys who treat you badly. There are so many decent guys out there, so don’t be afraid to try dating them. You may find yourself wondering again and again ‘why are guys jerks?’, but the truth is, not all of them are!