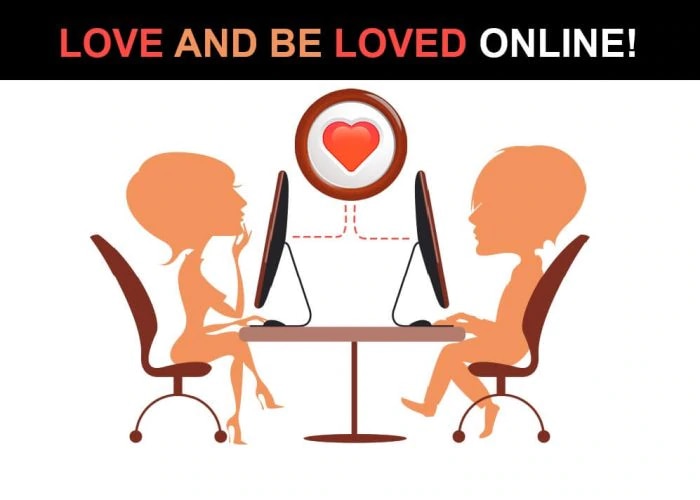 The internet is a vast arena. It is also a ready-made resource to tap into for interesting facts and figures: the audience is already engaged, and survey results can be established with lightning speed. Recently a cross-section of users were quizzed about their online dating habits, with feedback ingathered from opinion polls conducted by NY Times, ABC News, HNGN and Thought Catalog. Here are the results of this survey, especially collated for users of Loveaholics. We’re sure you’ll find the information fascinating, and quite an eye-opener in places!

Love is a few clicks away

With so many people using computers and smart devices to find love, what did the poll reveal? Well how about this for starters. The number of people who divulged they visited at least one dating site a month was a mind-boggling 20 million. I bet you never realized there were so many people just like you, actively searching for romance via the convenience of their web browsers of smart devices!

One statistic confirmed something we’ve long suspected. Being blown away by a profile picture in your screen was comparable to meeting someone in the real world who gives you butterflies. 71% of respondents to the survey said they believed in love at first sight. But this is where online dating wins hands down. Once you join a site like Loveaholics you are presented with a mouth-watering array of gorgeous singles who are searching for relationships. Just like you!

Online dating is not always monogamous

Perhaps dipping into the world of dating via websites can bring out the naughty side of individuals who would be more conservative with conventional dating. But the anonymity offered by flirting online and juggling various channels of communication is perfect for those who wish to spice up their love lives. In fact, the poll unearthed a big confession: that just over half of online daters (53%) claimed to have dated more than one person at a time.

One thing we would never do at Loveaholics is judge anyone deciding to embark on an online affair behind a partner’s back. We offer a platform to our clients to find love; how users go about doing this is entirely up to them. It boils down to an old adage that can be applied to many aspects of life: try before you buy! In other words, is there really anything the matter with engaging various partners while you search for ‘the one?’ As for the wounded party, I doubt they’ll feel quite as bad being cheated on by a virtual partner than when this scenario occurs in a conventional relationship.

A stat to boosts testosterone levels

Guys. If your buddies have ever questioned you resorting to online dating, we’re about to hit you with a pearl of wisdom that’ll have them itching to join Loveaholics. The survey discovered 29% of women have sex on their first date with men they hooked up with on dating sites.

In the outside world, it’s often a big dilemma. That ‘will we, won’t we?’ debate at the end of the date. You don’t want to be too pushy for fear of chasing her away. On the other hand, you need to step up to the plate to prevent her from jumping to the conclusion you’re not that interested. Online dating comes along and solves the dilemma for you. Spend some time getting to know a partner via text messages, leading up to some serious virtual flirting, then when you connect in three dimensions you could well be heading for a night of passion.

The survey threw up loads of fascinating stuff. When it came to occupations, men said that they tended to avoid women who had ‘male professions.’ On the other hand, women were drawn to guys with ‘very masculine professions.’ These opinions are both fairly contentious, so let’s check them out one at a time.

For those male respondents – what even is a woman with a male profession? Surely this is the 21st century and people simply have professions. That there should be any controversy about whether or not a man or woman can actually carry them out successfully is why discrimination laws are enshrined in the constitution. That’s as maybe, but there are two aspects to consider.

Firstly, people have definite perceptions. Guys might feel intimidated by women who can prove they are every bit as capable of performing brilliantly in an occupation. Secondly, the online environment is one where snap decisions are made. A guy might well swipe past a high-flying businesswoman because he likes the wholesome look of a curvaceous bartender. That’s his choice.

As for those ‘masculine professions’, the fact remains that business executives might have high-powered jobs that involve them wearing expensive suits and driving around in top-of-the-range motors. Alas, women don’t tend to fantasize about what are basically upmarket geeks whose aftershave will mask their own perfume.

Nine times out of ten they’ll hunker after a firefighter who does an honest day’s work and gets his hands dirty. Many women go online hoping to find love that will remind them of those hunky calendars pinned by their workstations. And there won’t be 12 months of CEO’s to be found anywhere!

Most women using online dating sites claim to be blonde. On the subject of superficiality, stunning women get stares and winks but actually intimidate men. It’s that old ‘we are not worthy’ routine!

A tip for those of you who think religion should never be broached in an online situation. Discussing God and eternity was found to correlate to instigating sex later on. Well, good sex is often described as a heavenly experience!

When it came to courtship, online daters who actually got married did so within 18 months, as opposed to 42 months offline.

And finally, guys who used online dating sites like Loveaholics averaged six dates with separate partners per annum. Women tended to be choosier, going out on four different dates.