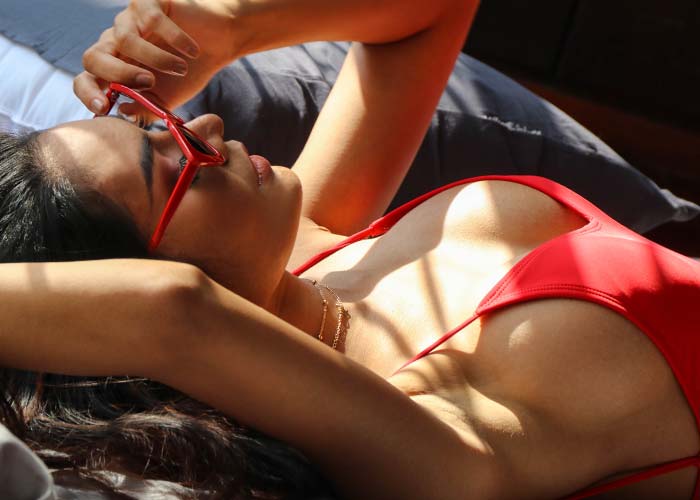 Are you wondering what men want in a woman? Then you’re not alone. This is a question asked by nearly all females at some point in their dating lives! The truth is, whilst every guy has his own personal preferences when it comes to physical traits, there are a number of qualities that nearly all men seek when they’re looking for the woman of their dreams. Here’s what men look for in women.

What guys want: list of good qualities in a woman

There’s nothing men find sexier than a girl who’s comfortable in her own skin. So, rather than asking him meekly as you’re getting ready to go out, “Does my ass look fat in this skirt?”, just wear it and trust your own judgment. If you’re always looking for reassurance from him that you’re attractive, he might begin to ask questions himself.

Whilst a guy will want to be your knight in shining armor and treat you like a princess, he doesn’t want you to act like one 24/7. Let him spoil you with romantic dinners and gifts, but don’t expect or demand them from him. Men prefer low maintenance women who don’t make them try so hard to please them.

Spontaneity is one of the first things to go when you’re in a relationship with a guy. Routine takes over and things can quickly become stale, leaving you wondering where the spark between you disappeared to. Men love it when a woman surprises them in the spur of the moment, adding some excitement to their day. So why not grab in him by the collar one morning before work and treat him to some early morning fun?!

What guys want most when they’re dating a woman is trust. If he’s going to commit to you, he needs to know that he can trust you. If he can’t, how can he ever see you as his partner or wife? To make sure that there’s trust between you, make sure you’re open and honest at all times. Even little white lies can quickly spiral into big dark ones, leaving your man wondering if he can really rely on you. Honesty is the best policy in a relationship.

Men want to be caretakers; however, they also want to be supported by the woman they’re seeing. What men like about women is that they’re caring and are prepared to stand by them in their life decisions. So, whether your man is changing jobs or moving to a new city, you need to show him that you’re there for him, providing a soft place to fall if things go wrong. Keep in mind that there’s a fine line between being supportive and being suffocating. You don’t want to end up reminding him of his mum!

The media often leads women to believe that bagging the man of their dreams depends on their physical appearance, including wearing the right clothes and doing their makeup perfectly. However, this is just not the case. Whilst these factors may help you to attract a guy, they won’t keep him interested in you in the long term. The traits we’ve discussed in this article are what men want in a woman. If you can adopt them, you stand a great chance of winning the heart of your perfect guy.