Home
Dating Blog
Flirting Advice
Why a Married Woman Can Be Attracted to Another Woman? 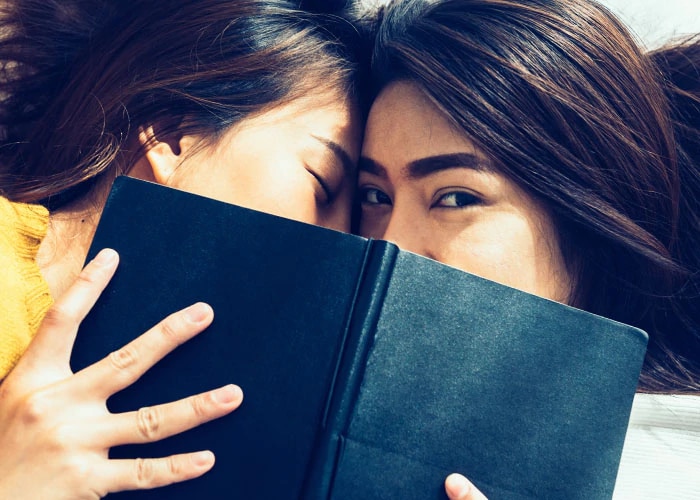 Sexuality fluidity is much more common these days as people aren’t constrained by traditional values on sexuality. Whether you believe this movement away from traditional ways of life is good or bad isn’t up for debate; what is, is the possibility of heterosexually married people wanting to experiment or have found they’re attracted to someone of the same sex. Surprisingly, it is incredibly common for a woman to begin feeling attracted to other women than the other way around. Undeniably, it is a tricky issue to deal with, however, there are common themes that can help you answer the question as to whether ‘my wife is having an affair with a woman?’ and help women understand these issues too.

Why Does My Wife Want to Sleep with a Woman?

There are many reasons why a married woman may be in love with a woman which can stem from relationship issues and sexual fluidity than purely from a switch in gender attraction. Some of these common causes include:

Normally, if your wife feels she was repressed sexually or was never able to explore various options she may be more likely to realize she’s attracted to women later in her life. That doesn’t mean she is no longer attracted to males but may have realized she has an attraction towards women which couldn’t be expressed at the time she was dating.

Unhappiness within the Relationship

A lot of women may want to experiment with another woman because they’re currently unhappy within their relationship. Especially if a woman feels unappreciated and receives much more attention and validation from another woman this could cause the attraction to take hold. Furthermore, it is much easier for a woman to cheat on with another woman as it arouses less suspicion if she is constantly going to see a female friend.

Women Tend to be More Sexually Fluid then Men

Women tend to become more attracted to someone when they feel they can connect with them intellectually and emotionally. It may not necessarily be a change in gender attraction but rather a strong attraction to the person.

There are never any definitive signs and the majority of the time you’re going to have to use some guesswork to understand whether that is what is happening or not. If you feel that if your wife was behaving the same way to a guy as she does to a woman and that would be unacceptable then it may be likely that she wants to sleep with that person. Signs such as:

• Spending All Her Time with That Person

• Constantly Talking About Them

All these signs could suggest she wants to sleep with another woman, but caution should always be advised when handling the situation. Women are naturally much closer to their friends then men and you should always proceed lightly when you think that she may want to sleep with someone else.

Ultimately, you should understand your relationship well enough to decipher – to a certain extent at least – whether your wife is thinking about someone else. Most of the time there will be slight changes in behavior that will indicate her feelings towards you and others. By understanding why she may want to sleep with another woman you can make steps to ensuring she feels appreciated and loved, so she never thinks of an affair at all.